Wheel detachments are rare but catastrophic 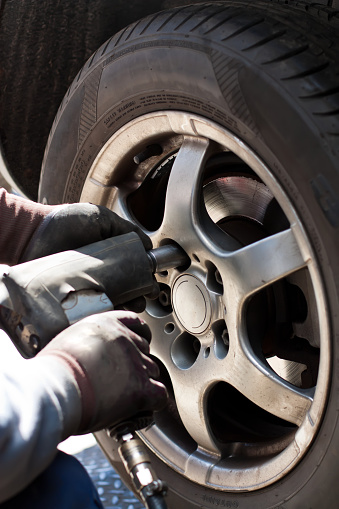 When we think about traffic crashes, being struck by a wheel is one of the last things that comes to mind. While it's typically rare, wheel detachments on high-speed roadways can be catastrophic.

Wheels can detach from small cars and large commercial trucks. On major interstates, wheels can shoot across several lanes at a rapid pace, collide head-on with cars traveling in the opposite direction, and even strike unsuspecting pedestrians.

In 2019, a Georgia woman was killed after being struck by a stray wheel while walking her dog, according to the New York Post. The incident occurred when the wheel of a 2003 Dodge Ram pickup truck come loose and projected 400 yards from an overhead bridge. The woman sustained a severed spine and a broken neck. Emergency responders attempted to save her, but she was pronounced dead at the hospital.

Police identified the tag of the truck, which was etched into the wheel. They found the driver in his truck about a quarter-mile away from where the woman was struck. He was arrested and charged with "failing to report an accident with injury or death." Police alleged that the driver was aware that the wheel from his truck struck and killed the woman.

“I’ve been doing this for 33, 34 years and this is probably one of the most, if not the most freak accident I’ve ever seen,” said one of the officers.

What likely caused this tragedy?

When wheels are properly installed and maintained, it's highly unlikely that they will suddenly detach. Most wheel detachments are caused either by under-torquing or over-torquing the lug nuts during installation.

Under-torquing usually occurs when the person installing a wheel fails to completely tighten the lug nuts. Over time, the lug nuts come loose while a car is in motion. Eventually, they fall off, and off comes the wheel.

Over-torquing is the opposite extreme. It occurs when the lug nuts are tightened too much. Overuse of impact wrenches is to blame in many cases. This causes the bolts to stretch beyond their limit, eventually causing them to snap.

Other likely causes of wheel detachments include:

What should I do if I was in a crash caused by a wheel detachment?

If you were hurt, or lost a loved one, in a crash involving a detached wheel, you have the right to take legal action. Pursuing a legal claim, however, will take an extensive investigation.

You may have been injured after being struck by a stray wheel while walking or driving in your car. Perhaps the driver whose wheel detached lost control and collided with you.

The driver could be held responsible if he or she failed to:

A wheel detachment may not be the driver's fault, however. Other possible culprits could be:

Your best course of action is to consult with an experienced attorney at Shuttlesworth Law Firm LLC, based in Birmingham, Alabama. To find out which legal options are available to you, contact us online and schedule your free case evaluation.