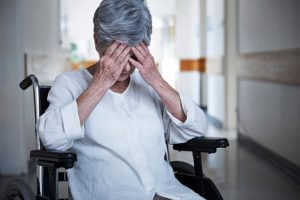 A great deal of attention is focused on preventing nursing home abuse at the hands of staff members. In a country where at least five million nursing home residents are abused each year, stopping nursing home staff from harming vulnerable seniors should be a top priority.

Preventing abuse by caregivers is not enough to keep seniors safe. Nursing homes also have to make sure they are providing adequate supervision so residents do not harm each other.

Often, seniors in nursing homes have dementia or other conditions which affect their ability to moderate their own behavior. Patients who have dementia can be abusive to others who live with them. Nursing home residents can also simply engage in abusive behavior as a form of bullying.

One recent study reported on by CBS was designed to determine exactly how often nursing home residents harm one another. The results were troubling, as the study showed resident-on-resident abuse was extremely common. Of 2,011 nursing home patients who were included within the study, 407 experienced instances of maltreatment over a month-long period. Researchers estimate around one out of every five seniors is victimized by fellow nursing home residents.

The study was conducted in 10 different care facilities using various methods to gather information about nursing home abuse occurring between residents. Both urban and suburban nursing homes were included in the study. The methods of collecting data included, among other things, interviews and surveillance. Researchers were looking for any instances of mistreatment, with mistreatment defined broadly.  They found a substantial number of instances of harmful behavior.

Nursing home residents engaged in many different kinds of mistreatment of other patients. Some residents ran others over with wheelchairs, or engaged in various kinds of physical abuse. Other residents took food off the plates of their peers without permission or entered their rooms and rifled through their belongings. Various acts of abuse including name-calling, bullying and sexual abuse were noted.

Of the 407 incidents in which one resident mistreated another, approximately 1/4 of the cases involved physical abuse. In the remaining 3/4 of cases, the abuse was verbal, emotional, or exploitive. Even non-physical abuse can make a senior more likely to suffer depression, and more likely to pass away, than if no abuse has occurred.

It is the job of nursing homes to understand the risks their residents face. If a nursing home fails to provide supervision or does not have reasonable policies designed to keep patients safe from harm, the nursing home can be held accountable for resulting damages and injuries.