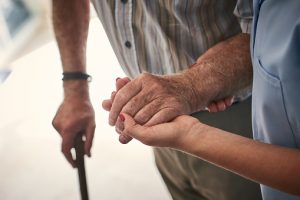 In accordance with changing federal regulations, Medicare has changed the way it reports the average number of staff present in nursing homes.

It is worth noting that Medicare does not enforce any specific ratio of staff to residents at nursing homes. As such, the concept of appropriate staff levels is a matter of some dispute and must be interpreted through other criteria, such as the quality of care residents are actually receiving and the time they lose waiting for care while staff attend to other residents. Even by this subjective measure, PBS Newshour reports that 1 in 8 nursing homes have been cited for insufficient staff by inspectors since 2014.

One area Medicare does get specific on is a bare minimum of staff. Nursing homes are required to have a licensed nurse on at all times, and a registered nurse on the clock at least eight hours every day. Nevertheless, the payroll system showed that around a quarter of all nursing homes studied went at least one day without a registered nurse during the final three months of 2017.

The new system has revealed that nursing homes frequently have fewer staff on hand than earlier reports suggested. In a review of data from over 14,000 nursing homes, 70 percent showed lower values on payroll than they had shown on unverified self-reporting. On average, the actual number of staff on payroll was 12 percent lower than the number self-reported by nursing homes. Weekends show a distinct drop in active staff, but fluctuations happen throughout the week. In one extreme case, the facility shifted from a resident-to-staff ratio of 8-to-1 on its best days to an 18-to-1 ratio on its worst. Weekends saw an average of 11 percent fewer nurses and 8 percent fewer aides on the clock than weekdays.

The lack of sufficient staff is a problem that feeds into itself. Lower staff levels put more stress on the people who are on the clock, which causes burnout and high turnover. The situation is not helped by the fact that the average pay for staff in nursing homes is comparable to the retail sector, where burnt-out workers can seek employment instead. Lack of staff also causes higher rates of neglect and a number of problems keeping up with the demands of a nursing home, which can make the overall experience worse for everyone.

When the systems that keep your loved ones safe and healthy begin to break down, you need help from someone who knows how to hold nursing homes responsible to their staff and their residents. Contact us today for more information.