Driver hurt by concrete pipes that fell off a truck 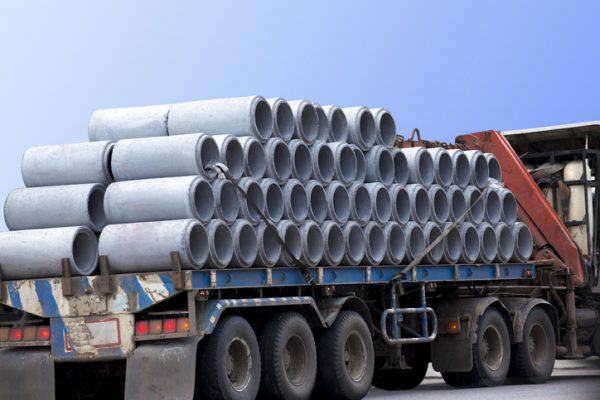 Road debris caused by unsecured loads causes thousands of collisions each year. When heavy debris breaks loose from a large commercial truck, the consequences can be catastrophic.

Crashes may occur on high-speed roadways, as drivers attempt to swerve to avoid hitting the debris. In many cases, large cargo falls on or collides with a car, resulting in a serious injury or death.

In November, an incident on Interstate 65 in Homewood resulted in the highway being shut down in both directions. The truck crash occurred when a strap holding heavy concrete pipes broke loose, according to ABC33/40.

What caused the cargo to come loose?

As the truck traveled south past the Lakeshore Parkway exit, several concrete pipes fell onto the highway. An investigation by Homewood Police found that when the truck driver switched lanes, a shift in the pipes occurred. This caused the strap to come loose and the pipes to spill out onto the road.

According to the ABC33/40 story, this isn't the first time the trucking company had an issue with unsecured loads. Federal safety records show that the same company was cited in 2017 after a driver failed to secure a load.

What are the laws regarding the transport of concrete pipes?

Properly secured truck loads are required by federal law. According to the Federal Motor Carrier Safety Administration, all devices and systems used to secure a truck load must meet strict performance standards.

Each tiedown, for example, must be secured and fastened in such a way that it can't come loose while a truck is in motion. Edge protection must also be used when a tiedown is at risk of wearing down due to abrasion or cutting.

One tiedown is required for any piece of cargo that is five feet or less in length and weighs no more than 1,100 pounds. Anything greater than that requires two tiedowns.

Federal safety standards differ for all types of cargo. Concrete pipes must be tied down in a way that prevents their tendency to move or roll, in accordance with provisions of sections §393.100 through 393.114. The safety standards also assert that tiedowns must not weigh any less than half the weight of concrete pipes.

What should I do if I was in a crash caused by loose cargo?

If you were involved in a truck crash caused by loose cargo, your claim will likely be highly complex. Not only are you up against a negligent truck driver, but also a well-funded trucking company and its insurer.

Not only that, but your medical expenses will likely pile up while you're unable to attend work and earn a living. A single truck crash can take a financial and emotional toll on your life.

That's where the experienced truck accident attorneys at Shuttlesworth Law Firm LLC come in. We know how to investigate truck crashes and gather evidence of wrongdoing either on the part of the driver or the trucking company. We also know how to maximize your compensation so you don't have to pay a dime out of your own pocket.

Our law office is located in Birmingham, Alabama. Contact us online to get started on your claim.