Signs of Sexual Abuse in Nursing Homes in Birmingham 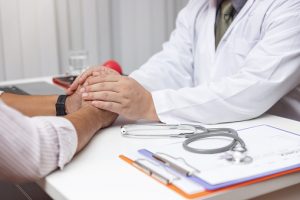 Many people have become aware nursing home abuse is a common problem and know they need to look for signs of abuse when visiting friends or relatives in a nursing care facility. The problem, however, is people focus primarily on physical abuse or neglect. While physical abuse like hitting, burning, or pushing is very common, and while neglect is also a prime risk in nursing homes, there are other types of abusive behavior as well. One often-overlooked type of abuse is sexual abuse.

Everyone needs to be aware of the very real threat nursing home residents face of this type of abuse and must be watchful for signs sexual abuse is occurring.

Watching for Signs of Sexual Abuse in Nursing Homes

Long-Term Living reported on one recent case in which an operator of a nursing home lost his license after an investigation into sexual abuse.

The abuse began in mid-January of 2015, when a housekeeper observed a male resident of the nursing home standing over a female resident. The male resident of the nursing facility had his pants down and was forcing the female resident to touch his genitals. The incident was reported by the housekeeper to the Director of Nursing Services, but the report was dismissed as consensual sexual activity between two different residents with dementia. The Director said unless and until the man crossed the line, nothing could be done.

Later, a nurse observed the same man take a female patient's hand and put it to his groin. Although the nurse made eye contact with the man in order to get him to discontinue the behavior, she did not report the incident to anyone. Inappropriate conduct continued to go unreported when the man tried to return to the room of the first resident twice more.

In February, a different staff member found the same man in the dining room fondling the breasts of another dementia patient. This time, the man was being unruly and the police were called. Police dispatchers were told the man had been growing more and more sexual in his behavior.

In response to the problems, the Department of Social and Human Services ordered the operator of the nursing home to write proper policies on consent and on the recognition of sexual conduct. The law requires this, but the nursing home facility did not have such a policy in place and failed to take appropriate action to protect residents. The nursing home was also required to increase staff training and to pay a $6,300 fine.

Investigations into the facility determined mandatory reporting rules were violated and found the nursing home had failed to protect residents from behaviors which should have been recognized as sexual abuse. The operator of the facility lost his license, but the facility was simply transferred to the control of his brother who had a clean license.

In this case, the signs of sexual abuse were obvious- but they aren't always. Looking for torn clothing, unexplained STD diagnoses, and redness in the genital areas is important to protect patients from abuse.