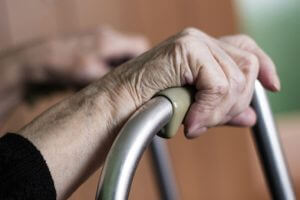 In July 2003, a senior lost her life five weeks after she was removed from a nursing home. The senior had suffered continual neglect that resulted in malnutrition and bedsores. She had also sustained head injuries in a fall. Her care was so egregious that a jury awarded the victim's family a damage award of $110 million.

Bloomberg is reporting two defendants who were ordered to pay $55 million each have managed to avoid compensating the victims of the wrongful death. They have obfuscated and used a series of shell companies and other legal tricks intended to deprive patients and their families of their rights to compensation.

Unfortunately, a nursing home abuse lawyer knows that this tactic is not uncommon and that some nursing homes and health providers attempt to shift losses and structure their businesses to protect themselves from liability. Of course, this is a lot of hassle for these nursing homes to go through instead of just providing proper patient care in the first place, but this does not stop the bad behavior from occurring.

Fundamental Long Term Care Holdings, or FLETCH as it is called in court papers, kept unencumbered assets including more than 100 nursing homes and company real estate. Fundamental Long Term Care, Inc. was left with the liability for the plaintiff's claims. Essentially, the companies arranged this by allowing FLETCH to acquire all of the stock of two Trans Health Entities (THI of Baltimore and THI of Nevada). In a second sale, THMI (which was being sued) was sold to Fundamental Long Term Care Inc. which was a company that had no assets and no ability to pay court judgments.

The shady tactics have affected not only the family of the deceased who are awaiting their $110 million, but have also kept five other families from either collecting judgments or pursuing wrongful death cases.

This is not the way that the system is supposed to work, and plaintiffs are now at a bankruptcy proceeding claiming fraudulent transfer and alleging that the nursing home's owners engaged in fraud. The case is a confusing one and is a startling example of how corporate nursing homes frequently try to avoid taking actual responsibility for making sure that vulnerable seniors receive proper care in a nursing home setting.