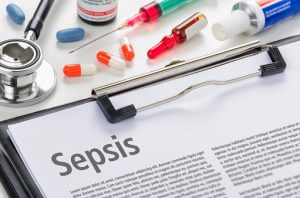 Poor staffing levels at nursing homes is leading to thousands of cases of residents suffering from sepsis, a severe infection that can be deadly without proper treatment, according to an investigation by the Chicago Tribune and Kaiser Health News. The investigation found that understaffed nursing homes across the country often fail to prevent bedsores and other infections that can lead to sepsis.

Each year, 25,000 nursing home residents die after being transferred to hospitals while suffering from sepsis-a growing public health problem that experts say is largely attributable to poor staffing levels, according to a report published by the Advisory Board, a research, technology and consulting firm based in Washington D.C.

If the problem regresses to a state known as septic shock, blood pressure drops and that could lead to death.

State inspections found that 72 percent of U.S. nursing homes have been cited for not having or failing to follow an infection-control program.

Staffing levels are blamed because the practice should be that enough nurses are available to spot problems in residents before they become bedsores or worse. Staffing can fluctuate, particularly over the weekends. A recent KHN investigation found that on some days, nursing home aides could oversee twice as many residents as normal. Industry officials said low Medicaid payment rates hinder nursing homes' ability to hire more staff.

Steven Simpson, a professor of medicine at the University of Kansas and a sepsis expert, said, "This is an enormous public health problem for the United States. People don't go to a nursing home so they can get sepsis and die."

If your loved one has suffered an illness in a nursing home, it's critical that you speak to an experienced Alabama nursing home neglect attorney as soon as possible. Contact Shuttlesworth Law Firm LLC of Alabama today about nursing home abuse and neglect cases.