Home > Blog > Birmingham Nursing Home Abuse Lawyers: What to Do About Resident-on-Resident Bullying

Birmingham Nursing Home Abuse Lawyers: What to Do About Resident-on-Resident Bullying 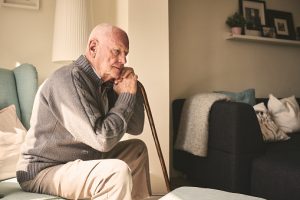 We tend to think of bullying as something that primarily plagues children in the schoolyard. Here's the truth of the matter: Bullying occurs among seniors - and in particular, in nursing homes and other long-term care facilities - and is often perpetuated by other residents.

Although it may seem like a minor issue, bullying can directly impact one's mental, emotional and physical well-being - especially if they don't feel they are protected or as if they can't escape it. If unaddressed, it may mean violation of the very first tenant of nursing home resident rights: The right to be treated with dignity and respect.

The American Psychological Association defines "bullying" as an aggressive form of behavior wherein someone repeatedly and intentionally causes another person discomfort or even injury. It can involve subtle actions or words, but it can also involve physical contact - possibly even attacks. In many instances, the target of these attacks has difficulty defending himself or herself, and is not initiating or causing the other person's actions.

Nursing home abuse lawyers in Birmingham know that staffers need to be educated about this problem, because otherwise, there is a tendency to brush aside concerns or consider it a "personal" matter, something insignificant that the two residents should simply "work out."

But it's often not so simple, and in many cases, the aggressor's actions only become more bold as time goes on. Some who study the issue say between 10 and 20 percent of all older adults living in senior communities experience some type of bullying.

Sometimes, it's as described in The New York Times' article, "Mean Girls in the Retirement Home," where 90-year-old women are involved in tight cliques that shun newcomers. But it goes beyond a denied game of bridge.

On study by researchers at the Weill Cornell Medical College and Cornell University found that inappropriate, disruptive and hostile behavior between nursing home residents is a growing concern. Study authors queried more than 2,000 residents at 10 randomly-selected nursing homes in New York (comparable in size and classification to other nursing homes around the country) and found that:

Researchers said those most likely to perpetuate this abuse were cognitively impaired to some degree, but were still able to move around the facility.

There are several ways to address bullying within a nursing home, but it requires participation from the facility. The first step involves creating policies and procedures for anti-bullying. Many schools and businesses already have these in place, and many of the same guidelines can serve as models. Secondly, staff needs to be trained to recognize when bullying occurs and how it should be handled. Finally, prevention should be an ongoing effort. It's not going to be resolved in a single staff meeting. Ongoing discussions, programs, awareness and training are essential.

If your loved ones has been victimized by bullying, our nursing home abuse lawyers are available to discuss your concerns and legal options.