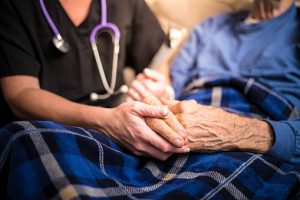 A new policy advocated by the Trump administration would have a direct impact on the legal rights of residents of nursing homes and assisted living facilities. Unfortunately, this policy directive would not be for the better. It has to do with mandatory, binding arbitration agreements, which many nursing home residents are required to sign upon admission to a facility.

The Obama Administration's restrictions on binding arbitration agreements have protected residents' ability to sue such facilities for abuse or neglect. Under the new rule proposed by the Trump Administration, residents could be forced to submit to binding arbitration, and lose the right to have their cases heard by juries. Victims of nursing home abuse and neglect have important legal rights. Now, more than ever, it is important to protect these rights with sound legal advice.

Changes to the Rule

The Centers for Medicare and Medicaid Services reports that the Obama-era rule ("The Reform of Requirements For Long-Term Care Facilities Final Rule") was published on October 4, 2016. This rule enumerated specific requirements which facilities were required to meet if they wanted residents to sign agreements to submit legal disputes to binding arbitration. The American Health Care Association and a group of facilities asked the court for a preliminary injunction, which would place the rule on hold until CMS could review the rule. The preliminary injunction was granted on November 7, 2016 - the day before Donald Trump was elected President of the United States. After that, CMS reviewed the original Obama-era rule, and published a list of many proposed changes in June 2017. The proposed changes are currently under review.

In general, the proposed changes allow care facilities to use binding arbitration agreements, but enact certain protection for residents who are signing them. (For example, such agreements must be written in plain language, and the resident must communicate understanding of the document.) Yet even with such protections binding arbitration remains controversial. National Public Radio reports that awards to plaintiffs can be as much as 35% lower in arbitration than in jury trials. Different rules of evidence and procedure apply. This can be more restrictive, and in many cases, they affect the outcome of arbitration. And perhaps of greatest concern is the secrecy surrounding arbitration proceedings. Arbitration often comes with confidentiality clauses, and unlike court cases, arbitration proceedings are not made public record. This means that arbitrants cannot bring attention to negligent or abusive facilities to protect other residents from these harms. These objections have caused seventeen state attorneys general and thirty-one Democratic members of the Senate to urge the Trump Administration not to adopt the proposed changes. On the other hand, proponents of arbitration claim that it is more efficient, and gives parties resolution for their legal disputes in a more timely and cost-effective manner than traditional litigation.

Regardless of the many changes coming to elder care law, long-term care residents have the right to be protected from substandard care. If you or a loved one has been the victim of nursing home abuse or neglect, contact an experienced Alabama assisted living abuse and neglect lawyer. It is important that substandard nursing facilities be held accountable in order to protect other residents from their dangerous conduct.