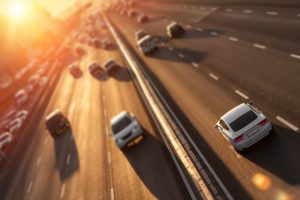 Automotive technology is advancing at a rapid rate. In fact, most new vehicles come standard with advanced driver assistance systems (ADAS), which include safety features designed to prevent crashes. Other emerging technologies, such as vehicle-to-vehicle communication and self-driving cars, aren't too far off.

Despite technological advances, an unnecessarily high number of people are dying on US roads each year. According to the National Highway Traffic Safety Administration (NHTSA), more than 37,000 peoples were killed in traffic accidents on US roads in 2017.  The National Safety Council (NSC) estimates that the actual yearly death toll may be more than 40,000.

These figures leave safety advocates seeking answers. Some are led to believe an increase in traffic volume could be the culprit. Others attribute the number of fatalities to roadway infrastructure and lack of traffic safety laws.

An article by Consumer Reports (CR) suggests that the cause of the stagnant rate of traffic fatalities isn't as black and white as we think. It's really all factors coming into play at once.

Leading road safety factors we should be paying attention to

The first factor CR points to is car design and functionality. Because humans tend to make errors in judgment, emerging technologies are designed to pick up the slack.  While self-driving vehicles may prevent crashes caused by human error, they are not fully developed and tested for public safety. In the meantime, safety advocates are pushing for more implementation of crash prevention technology, or ADAS systems, in new vehicles.  Some of these crash prevention features include:

Next, CR discusses the way roads are designed. When road infrastructure isn't designed for safety, a small error can likely lead to a catastrophe. This can be attributed to lack of signs, traffic signals, crosswalks, and speed limits.

Safety advocates and city planners across the U.S. are adopting the Vision Zero concept of safe and smart road designs. This initiative is not just intended to accommodate cars, but to include pedestrians, bicyclists, and other road users. Much of the nation, however, is lagging when it comes to road infrastructure.

Speed limits also play a major role in preventing traffic fatalities. In Alabama, the speed limits are set at 70 mph on interstates and 65 mph on roadways with at least four lanes - which is standard -- but since it's likely the average driver exceeds the speed limit (even by as much as 5 mph), lowering speed limits could reduce the likelihood of crashes being as severe.

A study in Boston demonstrated the effectiveness of lowering speed limits from 30 mph to 25 mph on city streets. The results showed that drivers who would typically travel at a speed of 35 mph in a 30-mph zone, now travel at 30 mph in 25-mph zones.

Lastly, CR focuses on the habits and actions of drivers. Drunk driving, distracted driving, and speeding are among the leading causes of crashes caused by human error.

According to NHTSA, nearly 30 people are killed each day across the U.S. due to drunk driving. While drunk driving crashes have declined significantly over the last three decades, they still account for more than 10,000 fatalities each year.

Distracted driving was a leading factor in more than 3,000 fatalities in 2017 alone. While many states are cracking down on this dangerous habit, it often continues to go under the radar.

In Alabama, lawmakers are pushing for a new bill that would double fines for holding a cell phone while driving. Efforts to push the law through the Alabama House were recently stalled. Texting and driving is a primary offense in Alabama, which means officers can stop and cite a driver, but there is no current ban on using handheld devices for other purposes behind the wheel.

In 2017, more than 9,700 people lost their lives due to speeding, which on average, accounts for more than a quarter of all yearly road deaths. Exceeding the speed limit is not only illegal, it can result in a catastrophe for the following reasons:

A cultural shift in attitude

Most importantly, the culture and attitude encompassing road safety must change. Culturally, we have come to accept that severe accidents and traffic fatalities are the norm. Furthermore, many otherwise responsible drivers risk causing a crash each day. They may increase their speed if they're running late for work. They may occasionally check their cell phones when they receive a notification. They may attempt to multitask behind the wheel. Or they may think it's ok to drive home after a night out of drinking.

The general attitude is, "I've done this many times before and have never had a problem" but it only takes that one split second of inattentiveness, that one misjudgment, or one poor maneuver, to cause a catastrophe.

Should you or a loved one be involved in a crash caused by someone else's careless behavior, we urge you to speak to an experienced Birmingham personal injury lawyer as soon as possible. Contact Shuttlesworth Law Firm LLC today to schedule your free, no-obligation, case evaluation.