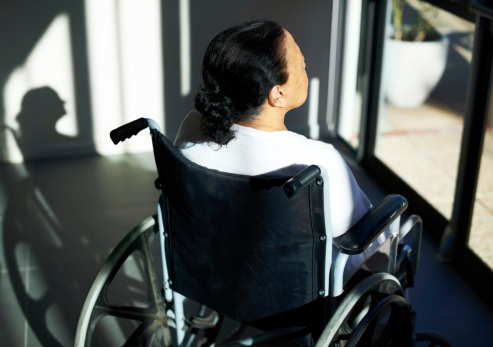 A nursing home abuse lawyer in Alabama explains why

Many nursing homes falsely diagnose residents with schizophrenia in order to prescribe powerful drugs with dangerous side effects that sedate residents and ultimately allow nursing homes to reduce staff members, according to a shocking new nursing home abuse investigation conducted by The New York Times.

“People don’t just wake up with schizophrenia when they are elderly,” said Dr. Michael Wasserman, a former nursing home executive who was interviewed by The New York Times. “It’s (schizophrenia diagnosis) used to skirt the rules.”

In contrast, only 1 in 150 people have received a schizophrenia diagnosis during that same timeframe. This is because schizophrenia is a relatively rare medical condition, which is often hereditary. People diagnosed with schizophrenia often have symptoms (including hallucinations and delusions) before they’re 40 years old. As a result, it’s almost unheard of for older adults to suddenly develop schizophrenia later in life, according to medical professionals interviewed by The New York Times.

By giving such powerful sedatives to nursing homes residents, understaffed nursing homes often don’t hire additional staff members. But these dangerous drugs put residents’ lives at risk, including doubling their odds of dying due to infections, heart failure, and other life-threatening health issues.

Worst of all, many families might not even realize which nursing homes are prescribing such powerful drugs based on a fake schizophrenia diagnosis. That’s because nursing homes do not have to release information about whether the drugs are being prescribed if a resident is diagnosed with schizophrenia or two other medical conditions.

“It is unacceptable for a facility to inappropriately classify a resident’s diagnosis to improve their performance measures,” Catherine Howden told the New York Times. Howden is a spokeswoman for the Centers for Medicare and Medicaid Services (CMS), a federal agency responsible for regulating nursing homes nationwide. “We will continue to identify facilities which do so and hold them accountable,” Howden said.

What to do if you suspect a fake diagnosis

If a family member has been diagnosed as having schizophrenia by a nursing home and you believe the diagnosis is wrong, don’t simply take the nursing home’s word for it. Take action right away to protect your loved one’s health and rights. Such steps in Alabama include:

How an attorney can help

When you have an experienced attorney on your side, you're in a good position to hold everyone accountable for their actions. Nursing homes often hire lawyers and medical experts to protect their interests and dispute your claim, but a lawyer can help you level the playing field and fight for the justice your family deserves.

At Shuttlesworth Law Firm LLC in Birmingham, we have years of experience handling tough cases and getting results. We also work nursing home cases on contingency, which means no upfront money is required and you pay no legal fees unless we win your case. If we do obtain financial compensation on your behalf, our fee is a percentage of the final settlement or court award.

Learn more about how we can fight for your family’s rights. Contact our Birmingham law firm to schedule a free case evaluation today. We handle legal cases throughout the state.