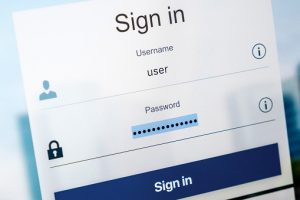 Although nursing homes aren't always the most pleasant places, residents have the inherent right to retain their dignity. In fact, it's part of the Nursing Home Bill of Rights, as recognized by federal regulators.

Unfortunately, a growing number of employed caregivers are perpetuating a form of nursing home abuse in Birmingham and elsewhere that effectively strips this right away, often in a cruel and humiliating fashion. It often goes unreported or unnoticed, and now some families are beginning to fight back.

It involves taking surreptitious photographs or videos of an incapacitated resident in compromising or vulnerable situations, and then posting them on Snapchat or other social media platforms for the amusement of friends and followers. In many cases, victims are incapacitated or suffer from dementia or Alzheimer's disease, making them unable to report the incident or file a complaint.

Although all states have some form of protection for nursing home residents, many of these laws were drafted in the days before social media became so pervasive. In those days, this kind of action wasn't factored into legislative considerations.

Some examples in recent years, as highlighted by non-profit journalism site ProPublica, include:

Some of these individuals have been arrested for offenses like voyeurism or sexual exploitation. However, far too many other cases are never reported.

Increasingly, families and some individuals are pursuing legal recourse through civil litigation, asserting pain and suffering and sometimes physical harm.

Although our Birmingham nursing home abuse lawyers know these kinds of cases are relatively new, they are gaining traction in a number of courts throughout the country.

In one case out of Texas, a family is suing a nursing home and seeking compensation after a now-fired employee took video and posted it of an elderly woman with feces in her hand before tickling the woman's nose with a tissue, causing her to smear feces on her face.

It should be noted that employers can be vicariously liable for the negligent and sometimes criminal actions of employees. (This one in particular was arrested.) However in this case, plaintiff (the woman's son) alleges the nursing home is directly liable for negligent hiring of a worker who was not qualified and for failing to adequately supervise him. The care and safety of the woman, the lawsuit alleges, fell below the acceptable standards of care for a health care facility.

For its part, Snapchat released a statement saying that while it could not prevent physical abuse, it would remain committed to terminating the accounts of those who engage in abusive behavior. The company generally prohibits nudity and explicitly prohibits sexual violence.