Home > Blog > Can I Install a Hidden Camera to Catch Nursing Home Abuse in Alabama?

Can I Install a Hidden Camera to Catch Nursing Home Abuse in Alabama? 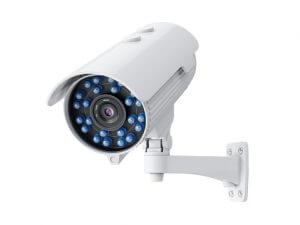 Nursing home abuse and neglect are both very serious concerns. Seniors are vulnerable to being victimized in a nursing home and many elderly people, especially those suffering from conditions such as dementia, cannot necessarily speak up about abuse they are enduring at the hands of caregivers.

Because many people are worried about the care their loved ones will receive in a nursing home setting, some families of nursing home patients want to set up hidden cameras in order to observe what is going on in the nursing home when visitors are not present.

This is a similar idea to the "nanny-cams" set up to watch what a babysitter does, but since the cameras in this case are on nursing home property in a healthcare setting, this creates legal complications.

Can You Install a Hidden Camera to Catch Nursing Home Abuse?

Although it may seem to be a logical plan to put a camera in a nursing home patient's room in order to record whether any abuse or neglect is occurring, there are lots of possible legal issues that could prevent you from doing so.

New York Times reported on some of the legal issues surrounding the use of cameras in nursing homes. As the Times indicated, many nursing homes prevent the use of cameras and claim that the Health Insurance Portability and Accountability Act (HIPAA) makes their use illegal. HIPAA is supposed to guarantee patients' privacy in healthcare settings, but some nursing homes have found ways to hide behind this law in order to stop family members from monitoring nursing homes for signs of abuse.

In other cases, state laws may actually prevent the use of a hidden camera in a nursing home even if the law does not expressly address this issue. For example, Reporters Committee for Freedom of the Press reports that in Alabama, installing or using a device for observing or recording sounds in a public place is not permitted without the consent of the people who are being observed. This law could preclude people from hiding a camera in a nursing home resident's room to secretly record the care the patient was receiving.

To make sure you do not run afoul of the law, you should talk with a nursing home abuse lawyer to find out about what your rights are for investigating abuse. An attorney can help you to launch an effective investigation in accordance with the law that makes identifying abusive behavior possible.