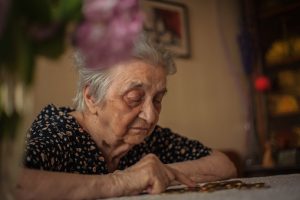 Financial abuse and exploitation of the elderly in Alabama is too often overlooked and unreported. Unlike the systems in place for child abuse, there is no national government-led agency to intervene or field complaints. Unfortunately, as the U.S. population ages, so too does the number of predators eager to take advantage. A few high-profile instances may increase awareness, but it may not be enough to stem the tide.

Here in Alabama, state lawmakers last year passed the Protection of Vulnerable Adults from Financial Exploitation Act. Ala. Code 8-6-170 to 179 establishes new reporting requirements for investment advisers and broker-dealers as "qualified individuals" who must report any suspected incident or attempt of financial exploitation of a vulnerable adult to the Alabama Securities Commission. This is essentially an extra layer of protection to bolster laws already in effect.

In 2016, lawmakers in a total of 33 states, plus Puerto Rico and the District of Columbia, weighed potential acts that would increase protections improper or illegal use of money, assets or property of elderly and other vulnerable adults. These were in addition to the many existing laws that already protect older adults from identity theft or fraud.

The New York Times recently highlighted this growing problem, detailing the story of a stay-at-home mother who became a staunch elder financial abuse activist when her 87-year-old grandmother sadly admitted she'd been tricked out of her life savings. At the time, her grandmother didn't realize what had happened to her was a crime. A widow living by herself, she was taken advantage of by a woman who inserted herself into her life, gained her trust and took from her nearly $220,000 - expecting at some point to be paid back. That never happened. Defendant was later arrested and ultimately convicted and sentenced to more than three years in prison.

Many states have elder financial abuse laws on the books, but they do vary widely, making it difficult for victims to be sure of their rights. Another reason it often goes unreported is because victims are burdened with a great deal of shame. They don't want to admit they've been "had."

Our nursing home abuse lawyers recognize also that many victims may not have the mental capacity to fully understand what is happening, let alone to report it.

The Elder Justice Act, a federal initiative in place since 2010, has been trying to raise awareness of financial abuse and other criminal acts targeting older adults. Advocates want victims to know that they do have avenues of legal recourse, and the theft and misuse of an aging person's money does create a right of legal action.

If you or a loved one has been affected by elder financial abuse, we can help.