Birmingham Nursing Homes May be Underreporting Abuse and Neglect 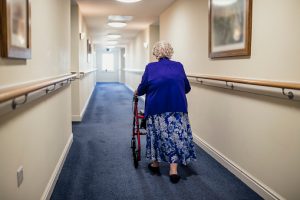 By federal law, nursing homes are required to report "any and all allegations of abuse or neglect to ensure resident safety." Unfortunately, as any personal injury lawyer knows, many incidents of abuse are never properly documented. A recent report published by the U.S. Department of Health and Human Services demonstrated the scope of underreporting.

Unfortunately, when a nursing home fails to report an incident of abuse, it is not subject to the federal investigation and oversight that could help correct the problem and reduce the risk of future incidents. Family members who depend upon nursing home ratings to determine whether a home environment is a safe place for a loved one may also be deprived of information they need to make an informed choice.

Researchers looked at a sample size of 209 nursing facilities to determine if they were complying with federal reporting requirements. Unfortunately, many were falling short of fulfilling their requirements. For example:

Unfortunately, this means that there are likely many situations where vulnerable seniors are not protected by the laws designed to keep them safe, since nursing homes are ignoring reporting requirements.

The data received from nursing homes was disturbing enough. In total, 85 percent of nursing facilities reported at least one allegation of neglect or abuse to the Office of Inspection General in 2012. An estimated five million elderly adults are being exploited, abused or neglected every year in the United States. This means as many as 10 percent of America's seniors may be victimized.

Of the allegations reported, 24 percent of cases involved resident-to-resident abuse. Nursing homes should prevent this by ensuring that residents are properly supervised and that people who live in the home who are violent are kept from hurting others.

An additional 40 percent of reported abuse instances involved employees of the nursing home allegedly abusing or neglecting a resident. Nursing homes are liable for actions of their workers and should be making sure this does not occur by screening potential employees; having adequate supervising and training programs in place; and not understaffing their facilities.

The fact that so much abuse is actually being reported, despite the fact that almost half of nursing homes don't comply with the rules, suggests that the scope of the problem of elderly abuse may be much greater than suspected.   The Office of the Inspector General has suggested that the Centers for Medicare and Medicaid Services take a more active role in enforcing federal laws on reporting of abuse and neglect. If CMS can do this, perhaps more elderly residents could be saved from becoming victims of abuse.