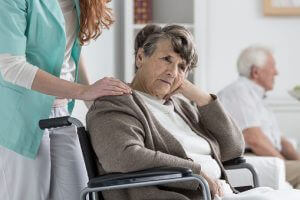 When we admit a loved one to a nursing home or assisted living facility, we rightfully expect they'll receive a high standard of care and improved quality of life. While the last thing we expect is for a loved one's health or safety to be jeopardized, we assume precautions will be taken to keep our loved ones safe. Unfortunately, this is not always the case.

Nursing home abuse and neglect cases in Alabama can be very complicated. If you believe a loved one was injured due to abuse or neglect at an assisted living facility or nursing home, it's critical to speak with an Alabama nursing home abuse attorney who thoroughly understands the law and will vigorously fight for your rights.

A recent article published in the Anniston Star detailed a number of issues facing nursing homes across Alabama, indicating that many facilities across the state experience difficulty in properly handling reports or indications of abuse, neglect and other safety violations.

A closer look at nursing home neglect and abuse in Alabama

According to the Anniston Star article, investigative reporters reviewed Alabama nursing home records dating back to as far as a decade ago. The review indicated that while many instances of abuse or neglect were recorded, many nursing homes experience difficultly and confusion in deciding what to report to families and state officials.

Some of the most common violations found by state inspectors include:

The Anniston Star report said the Alabama Department of Public Health sends teams of inspectors to Alabama's 230 nursing homes at least once every 15 months, plus additional inspections when residents or their families file complaints. The article said inspectors make an estimated 500 visits to Alabama nursing homes per year.

But despite tight state regulations dictating the conduct of nursing home officials, the article indicates intentional abuse and neglect - and a failure to report such instances - has become a widespread problem throughout the state.

Instances reported by the Anniston Star include a failure to report instances of sexual assault, unexplained bruises on residents and several reports of verbal abuse between residents or staff members. In the majority of instances, nursing home staff failed to inform family members of such instances until the state intervened.

Common signs of nursing home abuse or neglect can include:

Knowing the warning signs of abuse and neglect may help prevent further injuries to a loved one. With the help of an experienced Alabama personal injury attorney, you may be able to hold negligent nursing home staff members accountable for their actions and ensure further incidents don't take place in the future.

An experienced attorney at Shuttlesworth Lasseter is ready to help if you or a loved one have been injured. Call 866-583-1885 today for a free case evaluation.