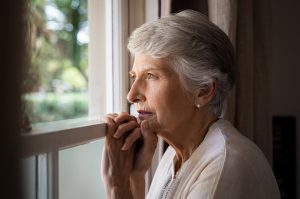 Sister Irene Morissette has devoted her life to service and spent decades teaching at a missionary school in Africa. In 2011, at the age of 84, she was admitted to Chateau Vestavia, a nursing home in Birmingham, Alabama. But in 2014, she was sexually assaulted. She reported the assault to staff and was examined by doctors, who found evidence of her experience. Morissette's nieces attempted to sue Chateau Vestavia, but were told that the matter must go to arbitration.

When Sister Morissette was admitted in 2011, there was a pre-dispute binding arbitration agreement included in her entrance paperwork. This agreement gave up her Seventh Amendment right to a trial by jury. Instead, any issue with Chateau Vestavia must be handled in arbitration. Unlike a trial, where there are twelve jurors, a single arbiter determines the verdict. There also aren't any requirements or specific procedure protocols when processing a case through arbitration. Likewise, there isn't the possibility for an appeal. Whatever is determined by the single arbiter is the final say.

During the course of Morissette's arbitration, many of the defense's tactics, which relied heavily on hearsay, would not have been permissible in a trial. "It's all rumor and speculation," said Morissette's lawyer, Cameron Hogan. "There's no way a judge would have allowed it."

They speculated that the evidence found by the medical examiners could have been caused by a variety of other means. The defense discounted Morissette's testimony on the fact that she had dementia and, according to the arbiter, "I did not hear the emotion from Ms. Morissette in this audio recording... that I would expect to hear from someone describing being sexually assaulted."

Sister Morissette and her family did not get the justice they deserved that day. What was more, Morissette's nieces received a bill for $3,000 after the proceedings. They were forced to pay the rental fee on the conference room in the Marriott hotel where the arbitration took place.

This is not what arbitration was for

The Seventh Amendment clearly states that we all have the right to trial by a jury of our peers. It is unconstitutional to deny any citizen that right. Residents of nursing homes, just as any other citizen, must be given the chance to present their case to a judge and jury. In the circumstances of Sister Morissette, she had evidence. Medical examiners corroborated her story. However, in arbitration, the facts mattered very little.

The Alabama nursing home abuse lawyers at Shuttlesworth Law Firm LLC know that nursing home residents deserve the same respect and dignity as everyone else. The abuse of any elderly person is utterly despicable and as such, the perpetrators should be held accountable for their actions. If you or a loved one has been harmed while at a nursing home, contact us today.