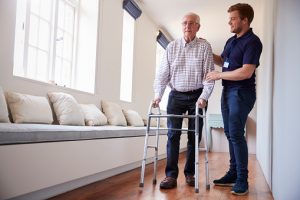 Families for Better Care produces a nursing home report card each year for all of the states in the United States.  Families for Better Care obtains data from Kaiser Health Foundation, the Center for Medicare and Medicaid Services' Nursing Home Compare, and the Offices of State Long-Term Care Ombudsman. The state then assesses several key metrics and averages the grades that nursing homes receive.

Residents throughout Birmingham, Homewood, Mountain Brook and Vestavia Hills got some good news because the state of Alabama improved slightly on the 2014 ranking as compared with 2013. However, the bad news is that the state still received an overall grade of a C.  A nursing home abuse lawyer knows that there is much room for improvement when it comes to the type of care that vulnerable senior populations receive.

In 2013, the state of Alabama received an overall grade of D for its nursing homes. Alabama was ranked 31 in the country.  In 2014, however, Alabama moved up to C. The overall rank is now 23, which is a significant improvement.

Alabama jumped eight spots in the overall nursing home rankings this year for several different reasons. One reason was that there were no failing grades in any of the criteria in 2014, unlike in 2013.  There was also a two percent reduction in the percentage of facilities that were classified as having "severe deficiencies." The state now ranks in the top five overall states with the fewest number of nursing homes considered extremely dangerous due to the severe deficiencies.

Although it is good that fewer homes are causing this much of a risk, the fact that Alabama still gets a C means that things are nowhere near perfect for seniors who live in residential facilities.  It is important that those looking for a nursing home or monitoring the care that their loved ones receive are aware of some of the areas where nursing homes are failing.

For example, in terms of direct care staffing, Alabama got a B and was considered above average.  Alabama also got the same grade for direct care staffing hours per resident. There was no improvement in the hours of care that patients in Alabama nursing homes receive over the course of the day. Both in 2013 and in 2014, patients received an average of two-hours and 38 minutes of direct care on a daily basis.

Alabama also earned D's in the number of verified ombudsman complaints; in the number of facilities with deficiencies and in professional nursing staff.  These are areas for improvement that could help to significantly change the lives of nursing home patients throughout the state.